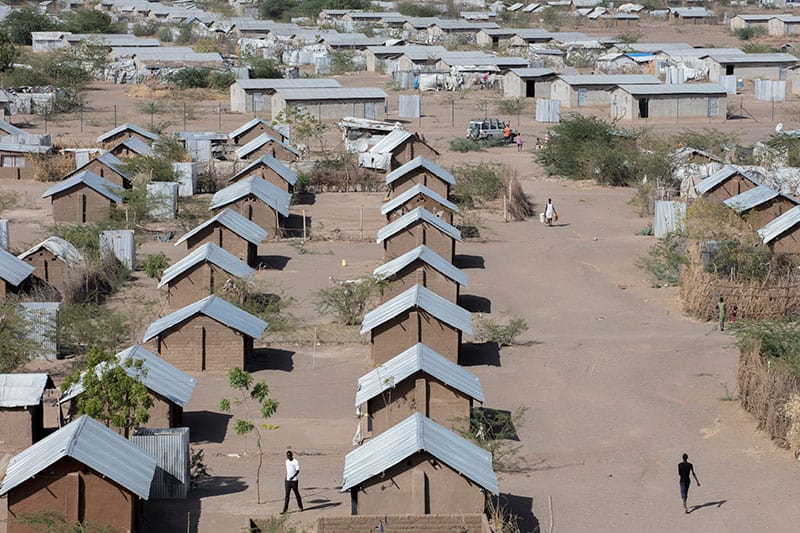 Sub-Saharan Africa hosts more than a quarter of the world’s refugees and is home to some of the largest refugee camps and settlements. Kenya, due to its geographical position, is now the second biggest refugee hosting country in Africa, after Ethiopia

Turkana County in northwest Kenya hosts refugees from half a dozen African conflicts in Kakuma Refugee Camp, established in 1992, together with their host community. They make up an urban area equivalent in size to Kenya’s seventh-largest city. In 2014, Kakuma camp reached full capacity and this led to a new integrated settlement being created in Kalobeyei, just 20 kms from Kakuma town and camp.

This urban area, Kakuma, is a bustling $56 million market, home to around 250,000 people, including over 190,000 refugees, thousands of businesses, entrepreneurs, and discerning consumers. Yet, it is under-served by the private sector. Businesses struggle to scale because of lack of access to capital and consumers are willing to pay for greater choice but have few options to do so.

Kakuma as a Market Place

In 2018, IFC conducted a study “Kakuma as a Market Place” that quantified Kakuma’s economy for the first time and confirmed what many residents and visitors recognised, that Kakuma was a dynamic market-place brimming with potential and entrepreneurial energy. The report triggered a great deal of interest that resulted in Kakuma Kalobeyei Challenge Fund being developed as an initiative and multiple partners contributing funds.

The study illustrated how increased private sector investment in Kakuma could improve access to goods and services, boost employment, and be mutually beneficial for all those involved – companies, refugees, and the host community – while easing the pressures on local government. KKCF also builds on the World Bank’s 2016 study, “Yes in My Backyard,” which found that the presence of refugees in Turkana county boosted both gross regional product and total employment by approximately three per cent.

Read more about the studies on Kakuma and Kalobeyei here